After 15 years exploring the surface of Mars, the Opportunity rover’s mission finally came to an end earlier this week.

The Opportunity rover stopped communicating with Earth when a severe Mars-wide dust storm blanketed its location in June 2018. After more than a thousand commands to restore contact, engineers in the Space Flight Operations Facility at NASA’s Jet Propulsion Laboratory (JPL) made their last attempt to revive Opportunity Tuesday, to no avail. The solar-powered rover’s final communication was received June 10.

The Rover’s 90 day mission kept going for 15 years, during which it found proof of liquid water on the surface of the red planet and set the off-world driving record.

Opportunity sent back a huge stack of photos, which you can find all over the internet. I was goint to post some of these, but then decided to leave you with XKCD instead. 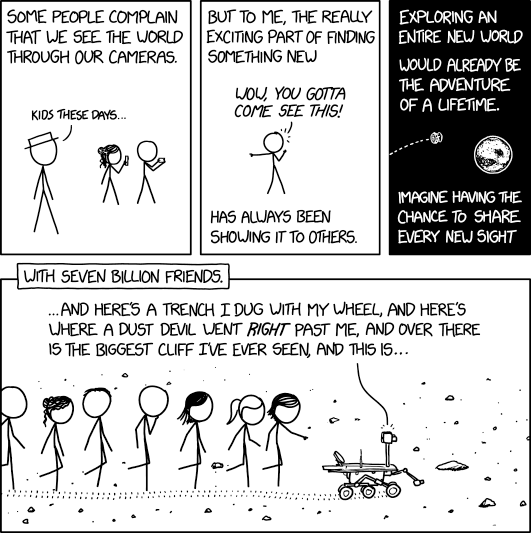 One thought on “Oppy: Thanks for bringing us along.”