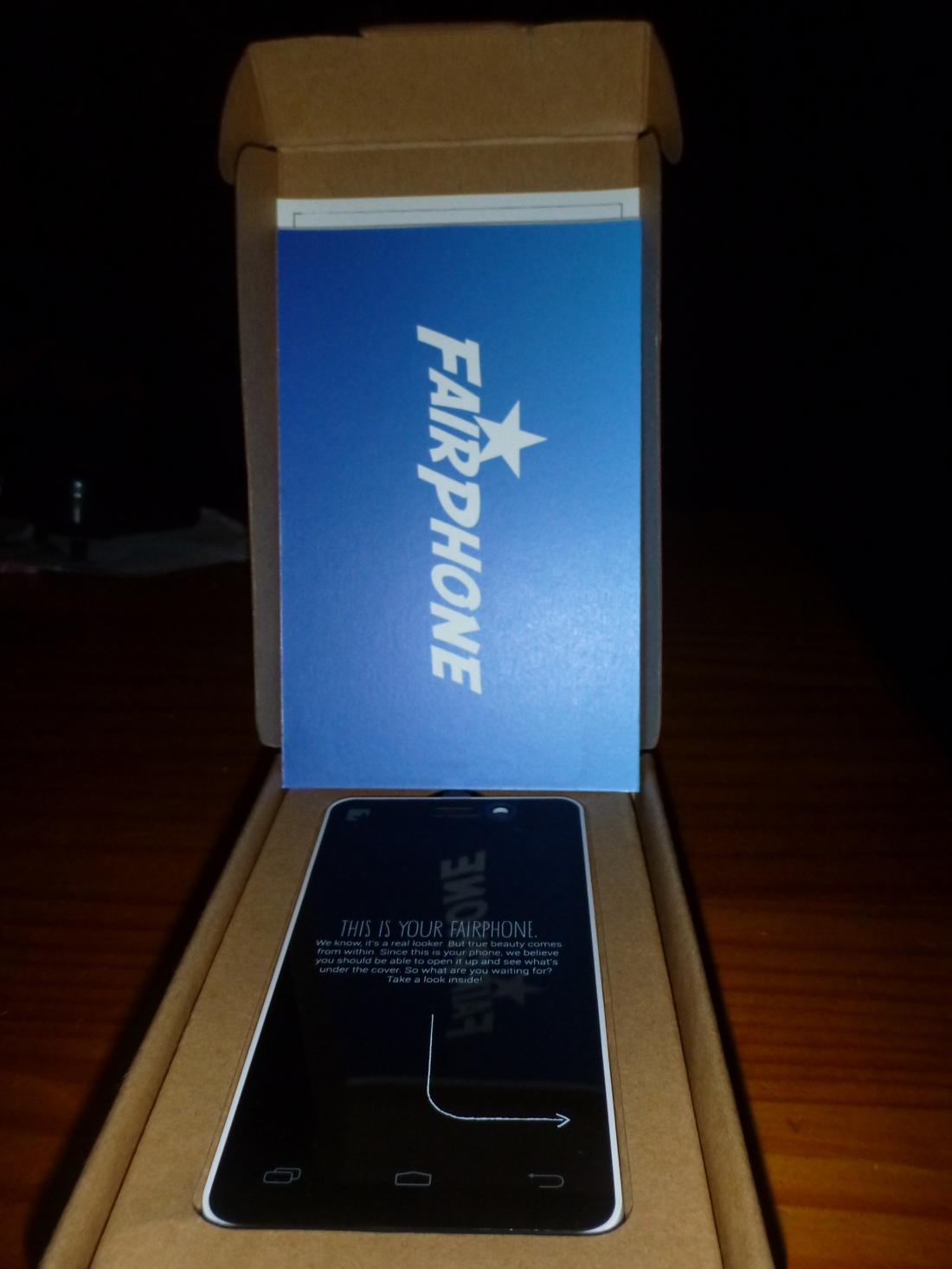 Not surprisingly, I have spent most of the evening playing around with my new toy and I have to say that I am very impressed indeed. The screen is beautifully large and clear and the fonts are gorgeous.

The phone has turned up a little (two months) later than originally expected but I have to admit that I have found this surprisingly un-annoying. I think much of this comes down to the fact that the Fairphone team have done an excellent job of communicating what problems they have faced, what they’re doing about them and when they think I will get my phone. This is a very refreshing changed from the closed-lip attempts at PR and damage limitation practiced by far too many firms.

By clearly seeking to meet their own high standards throughout every part of the process, the Fairphone team have managed to retain a lot of good will.

And the phone itself has proved to be well worth the wait.

4 thoughts on “The Fairphone has landed”