This below image is taken from a much longer strip which I found on The Oatmeal a while ago and I’ve been meaning to mention it ever since because the cartoon as a whole, and this frame in particular, does such a superb job of capturing what it is to own a dog.

It’s a journey that starts with putting down newspapers and picking up poo and progresses through the long walks and companionship of an adult animal in the prime of its life. Inevitably, of course, the journey comes to an end – often painfully – as your companion stoically struggles through a disease from which she will not recover.

But it’s worth it. Because, for all the challenges they bring, there is nothing quite like owning a dog. 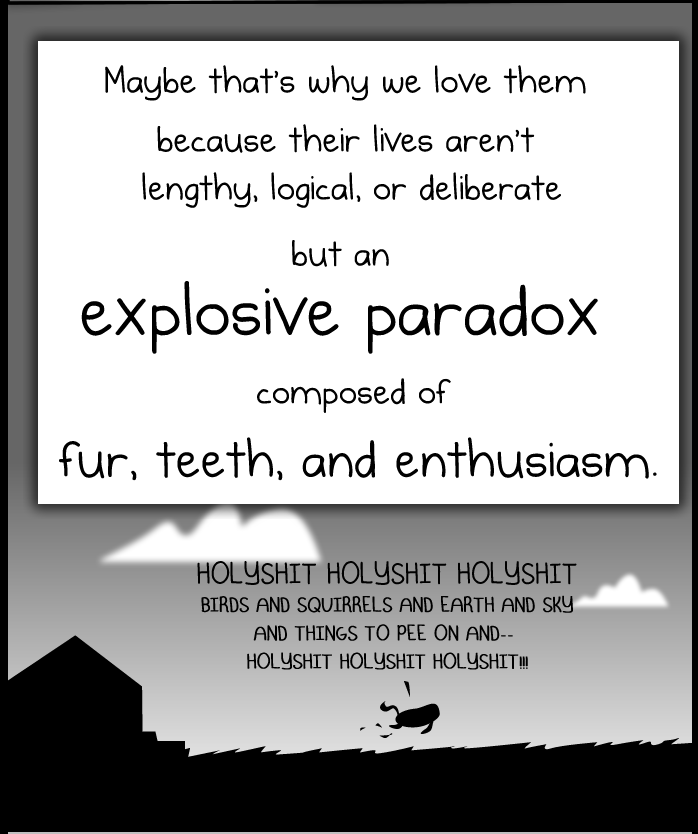 Now go and read the full strip, then find your dog and make a fuss of it. And if you don’t have a dog, you really are missing out.